Ukrainian History in the Making

Day 46 of Ukrainian protests.  Today I experienced "EuroMaidan" in person.  With our friends from Mukachevo, we went downtown and parked at the end of barricaded Kreshchatyk Street. There were a cluster of police questioning a man by the entrance to the first barricade.  They drew the presence of additional opposition security forces (young men with wooden sticks).  We took a quick picture of the barricade and entered the barricaded area, not wanting to linger too long.

Directly inside the barricaded area is a mock tribunal of President Yanukovych.

The street is lined with tents put up by people from different regions of Ukraine.  We took a picture of the tent from Zakarpatya, our former region of 15 years.

There are very interesting people to see, such as Cossacks, and people warming themselves by fires.  In fact, the whole center smells of burning wood. 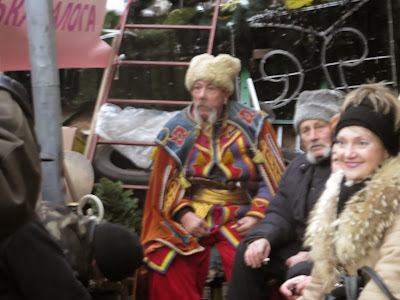 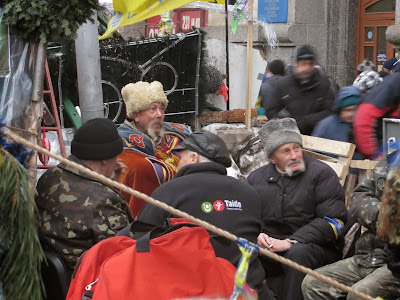 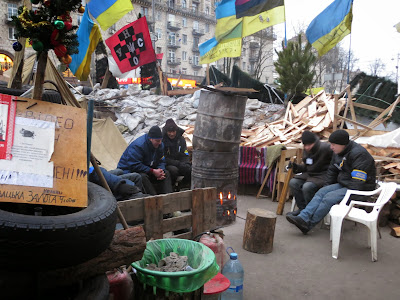 After passing through a second barricade you enter the true "Maidan".  Here a stage is set up with a constant flow of speakers and singers.  The now famous "Christmas tree" stands in the square.  This metal frame was the reason the government gave for the first police raid, stating the city needed the square cleared of the peaceful protestors so it could set up the Christmas tree.  Now it's covered with political banners and flags from around the world.

A prayer tent set up behind the stage.  Apparently, every day is started with prayer from the stage and the tent has a constant flow of people who come to pray for Ukraine.


There is a wall of kindle labeled with places from which people have come.  The kids took a picture beside the piece labeled Mukachevo. 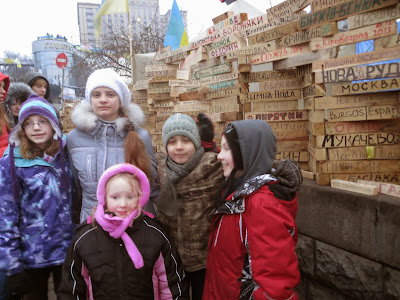 No one knows what the future holds for Ukraine, but this is certainly a point in time that will go down in Ukrainian history books.  And we can say "We were there." 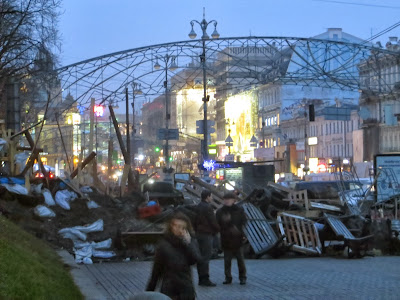 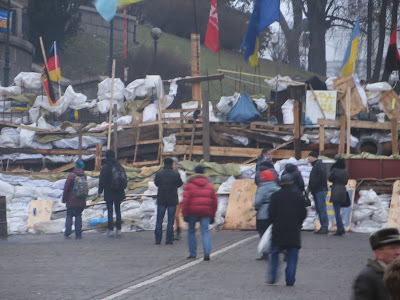